'Luck by Chance' - On the Hockey Turf

It's a Sunday morning and you're about to start a game of hockey and suddenly a familiar face approaches you and politely asks 'can I get a game?'. You're stumped on a hockey turf because you don't know how to answer that question when a former Indian Hockey Captain is the one asking you that question. 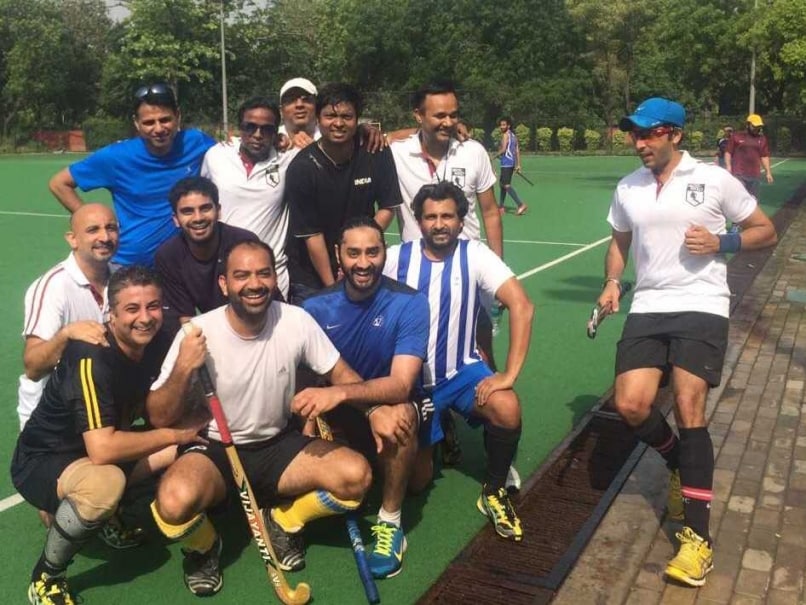 A smiling pose after a game of hockey.© NDTV

Every Sunday morning a bunch of boarding school old boys and sometimes girls get together to play Hockey at the National Stadium. The prospect of that Sunday morning exercise gets us through whatever comes our way in the week. It's a rib-tickling morning with a bunch of jokers who connect with you in the way only boarding school folks can. For a few of us the Sunday morning forces us to curb our Saturday night shenanigans. Most of all it keeps us relatively fit. It's a different story that the Sunday morning game results in a lazy Sunday afternoon, evening and a stiff Monday.(All the Latest Hockey Updates)

Last Sunday was different. Like every other Sunday a sleepy few reached on time and a few others walked in late. The so called warm ups took place. The customary jokes on a few enthusiastic cutlets got everyone in the mood. The teams were divided and we took to the field ready to start the game. Just then a familiar face approached me and politely asked 'can I get a game?'. I was stumped. Could it really be? No! It can't. So out came the question. 'Are you Dilip Tirkey?' The gentleman calmly said 'Yes'. It was the humility with which Mr Tirkey, a former India Captain and a Rajya Sabha MP had approached us that bowled me over. Obviously we welcome him with open arms but the feeling of playing with a legend of Indian Hockey had still not sunk in. Tirkey is India's highest capped hockey international having represented India 412 times. In Cricket, that's a record Sachin Tendulkar holds for India. A Padma Shree awardee, a 2 time former member of the World All-Star team, and a man who has represented the men in blue in two Olympic Games, Tirkey had just walked up to play a game of hockey with a group of random blokes.

What's more? We asked Tirkey what position he would like to play and he replied nonchalantly 'wherever you say'. The legendary full back would eventually play right forward for us. I was playing left half. For a large part of the game all I tried was to get the ball to him to see what he does with it. By the end of it I was playing right half and had spoilt our entire game plan. Tirkey's skill was there for everyone to see and while the speed was missing it was enough for a man who retired in May 2010, who has had an injury filled international career and who has recently had two ankle surgeries.

In the age of selfies, Tirkey obliged us with a few normal photographs. Eventually, he said 'Thank you very much for the game. I have to leave now'. Every day may not be a Sunday but this one single-handedly sure took care of all the luck for the next few Sundays.

Disclaimer: The opinions expressed within this article are the personal opinions of the author. NDTV is not responsible for the accuracy, completeness, suitability, or validity of any information on this article. All information is provided on an as-is basis. The information, facts or opinions appearing in the article do not reflect the views of NDTV and NDTV does not assume any responsibility or liability for the same.

Comments
Topics mentioned in this article
Hockey
Get the latest updates on IPL Auction 2023 and check out  IPL 2023 and Live Cricket Score. Like us on Facebook or follow us on Twitter for more sports updates. You can also download the NDTV Cricket app for Android or iOS.