The team led by Harmanpreet Singh with Amit Rohidas being his deputy will look at the matches in Australia as a litmus test ahead of the FIH Hockey Men's World Cup 2023 in India. 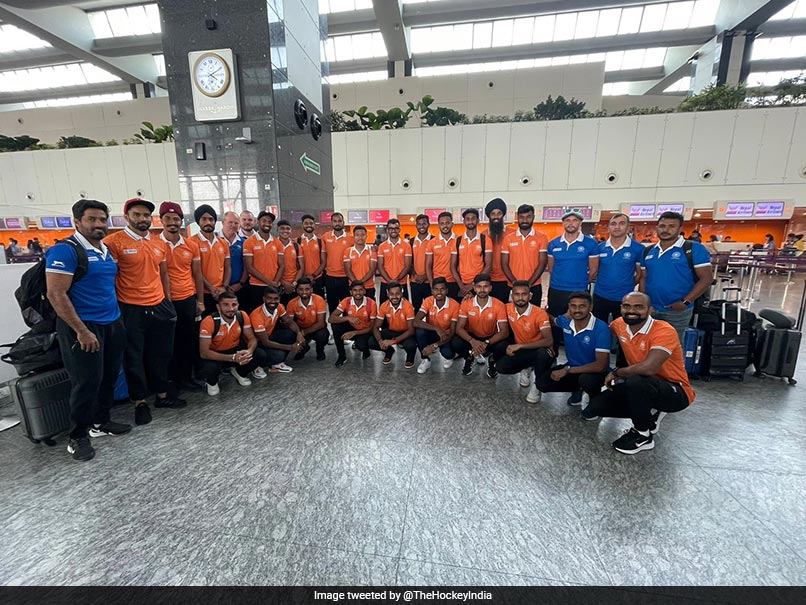 The Indian Men's Hockey Team on Saturday left for Adelaide, Australia from the Kempegowda International Airport in Bengaluru for a five-match series against the World No.1 side starting 26th November 2022. The team led by Harmanpreet Singh with Amit Rohidas being his deputy will look at these matches as a litmus test ahead of the marquee FIH Odisha Hockey Men's World Cup 2023 in Bhubaneswar and Rourkela in January. "I think this is a great opportunity for us to test ourselves and the level we are at ahead of the World Cup. Australia is one of the top contenders for the title, and playing against them will definitely help us in the tournament's lead-up," said Harmanpreet Singh, ahead of the team's departure.

Harmanpreet further added that the team is excited to be back in Australia after a long time, and expressed gratitude towards Hockey Australia for hosting the matches.

"I think we haven't gone back to Australia after the Gold Coast Commonwealth Games in 2018. As a team, we are excited and happy to play in Australia which offers unique playing conditions. We are hopeful the Indian hockey supporters in Adelaide will come and watch these matches and we are grateful to Hockey Australia for organizing these matches."

India will play back-to-back matches on 26th November and 27th November followed by their third match on 30th November. After a two-day break, the two teams will face off again on 3rd December and 4th December and all matches will be played at the Mate Stadium in Adelaide.

"These matches will be a true test of our fitness levels. Every game will be high in intensity and will draw focus on recovery process after each game. Every player will be looking to bring his 'A' game against Australia ahead of the final team selection for the World Cup," expressed Amit Rohidas.

India Australia
Get the latest updates on Fifa Worldcup 2022 and check out  Fifa World Cup Schedule, Stats and Live Cricket Score. Like us on Facebook or follow us on Twitter for more sports updates. You can also download the NDTV Cricket app for Android or iOS.