Jose Mourinho: The return of the prodigal son to Chelsea 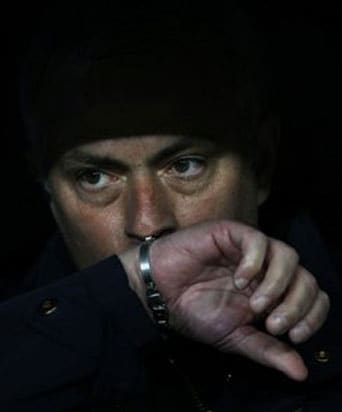 Mourinho is not known across the footballing circles as team builder, but more like a mercenary given money to buy players to win trophies.

Jose Mourinho, The Special One, will be welcomed back at Stamford Bridge with open arms.

In this case, it was dream move for both, one that Mourinho wanted and one that the Russian owner Roman Abramovich was forced to make. The move suited both sides well.

Mourinho is a crowd favourite and one who has given Chelsea acceptability at the European stage. On the other hand, Abramovich had run out of options. Most of the top managers in the world shortlisted and employed were sacked in due course of time for flimsy reasons. Pep Guardiola, who was courted by the Blues for almost a year, turned his back on Chelsea, while Jurgen Klopp, the Borrusia Dortmund hero, decided to continue with his project back in Germany.

Mourinho's return to England will be box office stuff. He has had his ego and respect bruised and battered after a tumultuous relationship with Real Madrid. He needs a chance to get his honour back and the best way to win it is by winning trophies. There has never been an instance before where his players have turned up against him, never has he lost the support of the dressing room. But it did happen during his stint at Madrid. Will it be different at Chelsea?

One thing for sure is that it will not be smooth sailing for the Portuguese - he was sacked earlier for playing boring football. Over the years, a lot of money has been spent on bringing about a change in the way Chelsea play. Juan Mata, Oscar and Eden Hazard are players who form the holy trinity of the team, the spark, creativity and brilliance, players who like keeping possession, not the Mourinho style of quick counterattacking football.

Mourinho is not known across the footballing circles as team builder, but more like a mercenary given money to buy players to win trophies, a short term goal. He has the chance this time to prove his critics wrong, he can tap the wealth in the youth ranks like Nathan Ake, Josh McEachran and goalkeeper Jamal Blackman and push them into the first team.

Fernando Torres has been a shadow of the striker that he was for Liverpool. Under Benitez his formed has improved, but nothing like Drogba or Milito, who dominated defences and scored in the fashion that made them unplayable. So first and foremost on the agenda is a new striker and new centre back. It may be time to bench Terry.

The Post Ferguson era will be different, but it would be no less competitive. The top 3 teams in the Premier League have new managers and all the three have inherited good squads from their predecessors. Add Arsene Wenger and Andre Villas Boas to the list as they too would fancy their chances this year.