The fans in Melbourne cut a cake on Virat Kohli's 34th birthday before singing a famous Hindi song for the player. 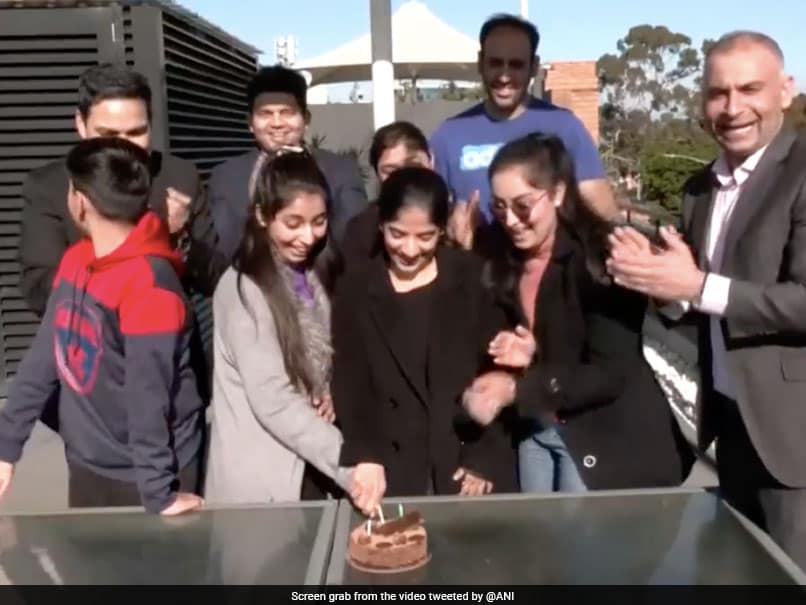 India batter Virat Kohli turned 34 on Saturday and his fans didn't miss the opportunity to celebrate the birthday of the player. While wishes started pouring in for the star player ever since the day started, some fans also cut cakes to celebrate the moment. A similar video of fans celebrating his birthday has surfaced on social media. However, what makes it special is the fact that the video is not from India, but from Melbourne.

The fans sung Hindi songs for Kohli while cutting a cake for him.

Kohli isn't just a fan-favourite in India but also has a huge number of admirers across the world. From his intensity on the ground during fielding to his batting masterclass, Kohli is loved by his fans for his qualities.

In the T20 World Cup 2022, Kohli arguably produced his finest T20 performance ever in the match against Pakistan, scoring an unbeaten 82 to help Rohit Sharma's men secure a thrilling last-ball win in a group clash.

The player will be next seen in action in India's last Super 12 game against Zimbabwe where the Rohit Sharma-led side will have a golden opportunity to end as the toppers of Group 2.

India Cricket Team Social Cricket
Get the latest updates on Fifa Worldcup 2022 and check out  Fifa World Cup Schedule, Stats and Live Cricket Score. Like us on Facebook or follow us on Twitter for more sports updates. You can also download the NDTV Cricket app for Android or iOS.