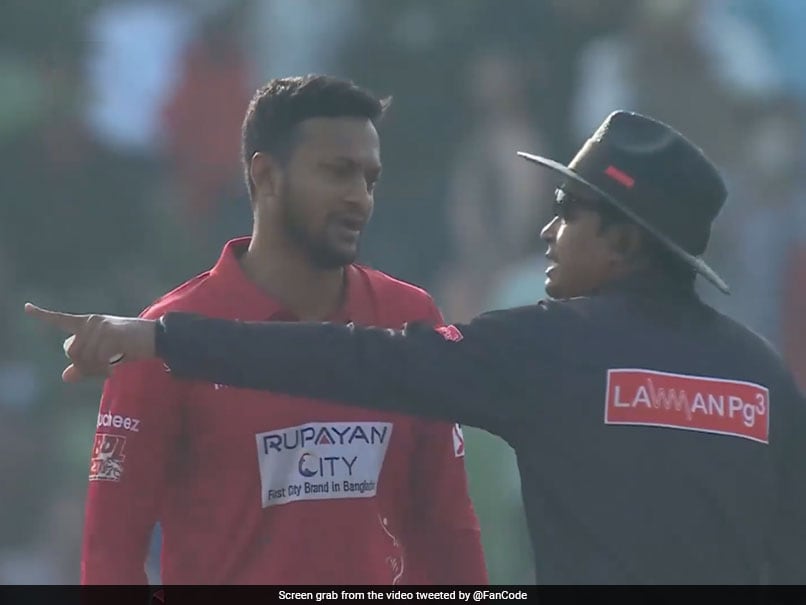 Arguably one of the best all-rounders this game has ever seen, Shakib Al Hasan is an extraordinary talent and a player for all formats. He has been bossing the ICC Rankings for all-rounders for many years without much competition and has put his name among many greats of the game.

The Magura-born Shakib made his ODI debut in 2006 primarily as a bowler, but over time started concentrating on his batting. However, his bowling talents were re-discovered in the 2008 home Test series against New Zealand where in an exceptional first game, he ran through the Kiwi line-up with figures of 7-37 in the first innings and a fluent 71 in the second innings also reiterated his batting skills. Gradually, he became the undisputed all-rounder in the side. His growth as a player saw him being elevated to vice-captaincy in 2009 and Shakib showed he was up for captaincy when as a stand-in captain for the second Test against West Indies in 2009, he led Bangladesh to their first ever victory on foreign soil.

Mashrafe Mortaza's injury saw Shakib getting a prolonged shot at captaincy and though his stints as the captain had its highs and lows, he continued to come through leaps and bounds as a player. But in mid-2010, he decided to give up captaincy. However, fate had other plans as Mortaza once again fell prey to injury and Shakib was asked to lead the side in the home ODI series against New Zealand in which Bangladesh thrashed the Kiwis by a whopping 4-0 margin. The following year, Bangladesh toured Zimbabwe to play a one-off Test and five ODIs. Under skipper Shakib, the team put up a disastrous performance as Zimbabwe beat them by 136 runs in their only Test and also clinched the ODI series 3-2. Immediate repercussions of the defeat saw Shakib being axed by the Bangladesh Cricket Board.

The all-rounder was signed by the Kolkata franchise in the Indian T20 League for the 2011 season and was retained the following year and did well enough to be bought back in 2014 for the 7th season. After a disastrous World Twenty20 2014 at home, which saw Bangladesh even slump to lowly-ranked Hong Kong in the qualifiers, Shakib suggested that his side should not play home games for two years to help reduce expectations from cricket fans in the country and also expressed his worry for the lack of talent and cricket infrastructure in the country.

The Bangla superstar continued his progress as an all-round cricketer and established himself as the most utility player in the squad. Bangladesh benefited from his contributions in all the formats and Shakib rarely disappointed. He was a key member in Bangladesh's golden period in 2015 when they defeated teams like Pakistan, South Africa and India at home in an ODI series.

During the tour of New Zealand in 2017, Shakib became only the third Bangladesh batsman to score a Test double century after Tamim Iqbal and Mushfiqur Rahim. Apart from displaying his class with the bat in the longer format of the game, Shakib also ply his trade for many T20 Leagues across the globe. In the 2018 season of the Indian T20 League, Shakib was bought by Sunrisers Hyderabad.

The extraordinary success of Shakib, the all-rounder, meant that many records tumbled at his feet. He became the fastest to the double of 250 wickets and 6000 runs in 2019, getting there in 202 ODIs, 92 better than the next best (294 by Shahid Afridi). Shakib was also the second Bangladeshi to get 6000 ODI runs after Tamim Iqbal.

One of the biggest achievements of Shakib's career though came during the 2019 ICC Cricket World Cup where the star player became the first all-rounder to score over 600 runs and take ten wickets in a single World Cup. Adding to that, Shakib matched Yuvraj's rare World Cup record of scoring a fifty and claiming a fifer in the same match. Through his extraordinary all-round prowess, Shakib was destined for success and he's en route to create many more records for Bangladesh. However, his career hit the roadblock after the mega event as ICC handed him a full ban for one year and a 12-month suspended sentence for not reporting a corrupt approach.