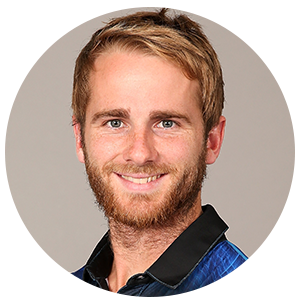 At a time when New Zealand were struggling to get to grips with Test cricket after the retirement of the likes of Stephen Fleming, on came Kane Williamson, a young, technically-sound batsman with the skill to face lethal pace attacks and at the same time tackle quality spinners with nimble footwork.

Born in a cricketing family, the right-hander was a sensation from his school days and went on to represent Northern Districts at the Under-17 level. He made his first-class debut against Auckland in 2007 before captaining New Zealand in their 2008 Under-19 WC campaign. A decent 2008-09 season was followed by a fantastic 2009-10 one where he excelled particularly in the shorter format scoring 621 runs at an average of 77.62. This earned him a contract with the national side and he made his ODI debut in 2010 against India scoring ducks in his first two games. But in his fifth game, despite being injured and aided by a runner, Williamson showed great determination to score his maiden century which very nearly won the game for the Kiwis against Bangladesh. Later that year, he went on to score his maiden Test century in his very first game against India in Ahmedabad.

A quiet 2011 was followed up with a noisy 2012 when a gritty, unbeaten Test ton against the world's most dangerous fast bowling attack of Dale Steyn and co. saved New Zealand from a humiliating defeat. Williamson became New Zealand's youngest ODI captain as well as the fourth youngest in history when in 2012, he was appointed stand-in skipper in place of injured Ross Taylor for the series against West Indies. Given the quality he possesses, Williamson is arguably the best batsman that the New Zealand team has garnered from the current generation.

Williamson continued to perform well in international games and was appointed the deputy to Brendon McCullum for the 2015 World Cup. The Kiwi batsman had a quiet World Cup according to his standards but his knock against Australia when he took the Kiwi's home after surviving a devastating spell of fast bowling from Mitchell Starc proved his credentials. After the retirement of Brendon McCullum in 2016, Williamson was appointed the captain of New Zealand for all formats.

Williamson made his Indian T20 league debut in 2015 for the Hyderabad team as a back-up for David Warner and hence, did not get many opportunities in the initial seasons. In the 2018 edition, Kane was appointed the captain of Hyderabad in the absence of David Warner. He had a prolific tournament as he ended up as the highest run-scorer (735 runs) and also led his team to the final where they lost to Chennai.

The classic batting of Kane Williamson often overshadows his captaincy skills which were once again on display in the 2019 Cricket World Cup. Riding on his great leadership and batting form, the Kiwis entered the final and gave England a good run for their money, missing the trophy by a whisker. Kane had an outstanding World Cup on a whole and was adjudged the Player of the Tournament.