Before the marquee tournament, the jersey was revealed in a social media post with the caption: "The Big Reveal! Presenting the official Pakistan T20I Thunder Jersey'22." 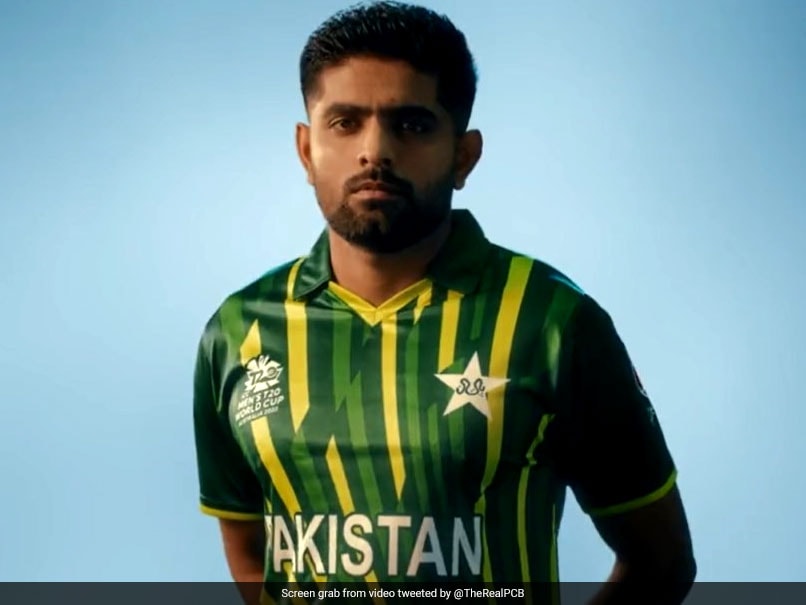 The Pakistan Cricket Board on Monday released it official jersey for the T20 World Cup 2022, that starts in Australia in less than a month's time. The Babar Azam-led Pakistan cricket team starts its campaign with a game against India on October 23. Before the marquee tournament, the jersey was revealed in a social media post with the caption: "The Big Reveal! Presenting the official Pakistan T20I Thunder Jersey'22."

Pakistan on Thursday announced its squad for the upcoming ICC T20 World Cup. The Babar Azam-led side looks quite similar to the one that competed in the Asia Cup recently. There was no joy for veteran batter Shoaib Malik, whom a lot of ex-cricketers were backing for a recall after Pakistan's loss to Sri Lanka in the Asia Cup.

Fakhar Zaman, who had a rather poor Asia Cup, has been relegated to the reserves list. Test opener Shan Masood has been named in the squad along with the likes of Iftikhar Ahmed, Mohammad Rizwan, Asif Ali, Khushdil Shah and others.

Shadab Khan Social Cricket
Get the latest updates on India vs Australia and check out  Schedule, Results and Live Score. Like us on Facebook or follow us on Twitter for more sports updates. You can also download the NDTV Cricket app for Android or iOS.