Duleep Trophy Final: Reeling at 156 for six at stumps on the fourth and penultimate day, South Zone were staring at a heavy defeat as they trailed by 375 runs 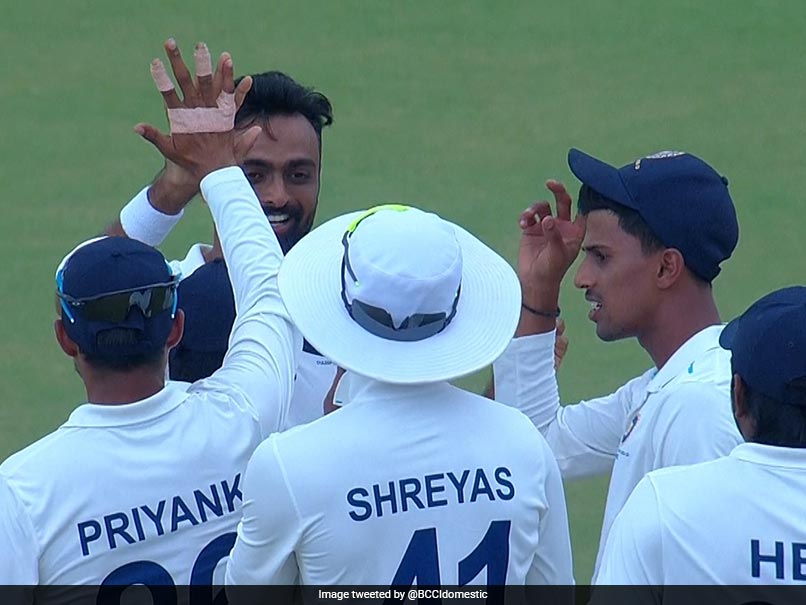 West Zone closed in on a memorable come-from-behind victory as they took out the South Zone top and middle-order after setting them an improbable victory target of 529 in the Duleep Trophy final here on Saturday. Reeling at 156 for six at stumps on the fourth and penultimate day, South Zone were staring at a heavy defeat as they trailed by 375 runs. West Zone put up a mammoth 585 for four in their second innings after conceding a 57-run first-innings lead to their opponents.

Jaiswal eventually fell to off-spinner Krishnappa Gowtham, having faced 330 deliveries during his monumental knock and added 164 runs with Sarfaraz for the fourth wicket.

There was no respite, however, for the South bowlers as Sarfaraz went about his task with consummate ease to swell his team's overall lead and put them in a commanding position.

In all, Sarfaraz found the fence 11 times and cleared it twice, while also stitching together an unbroken partnership of 103 runs with Het Patel (51 not out) to compound South Zone's misery.

The declaration from West skipper Ajinkya Rahane came after Sarfaraz completed his century on Duleep Trophy debut. Patel, coming off an excellent 98 in the first innings, scored his runs quickly, facing just 61 balls while hitting seven fours and a six.

Batting for five sessions, West left their opponents flattened, and the South Zone team did not quite recover from that. This was evident from their second innings batting as, with the exception of Rohan Kunnummal (93 off 100 balls), all batters failed to live up to the challenge.

Even as his colleagues left one after another, Kunnummal was able to bat fluently for the runs he scored with his team in an extremely difficult situation.

All of South Zone's experienced batters failed and fell to the pace duo of Atit Sheth and Jaydev Unadkat, who bowled very well and grabbed two wickets apiece.

Kunnummal waged a lone battle, but he too fell at the fag end of the day, bowled by left-arm spinner Shams Mulani, who finished the day with figures of 2/24 from seven overs.

The likes of skipper Hanuma Vihari, Mayank Agarwal, Baba Indrajith and Manish Pandey all failed to put up a semblance of a fight.

Jaydev Unadkat Shams Mulani Atit Sheth Cricket
Get the latest updates on Fifa Worldcup 2022 and check out  Fifa World Cup Schedule, Stats and Live Cricket Score. Like us on Facebook or follow us on Twitter for more sports updates. You can also download the NDTV Cricket app for Android or iOS.