The new rules will see the traditional two halves of 35 minutes each replaced by four 15-minute quarters, with additional 40-second time-outs before penalty corners and after goals have been scored. 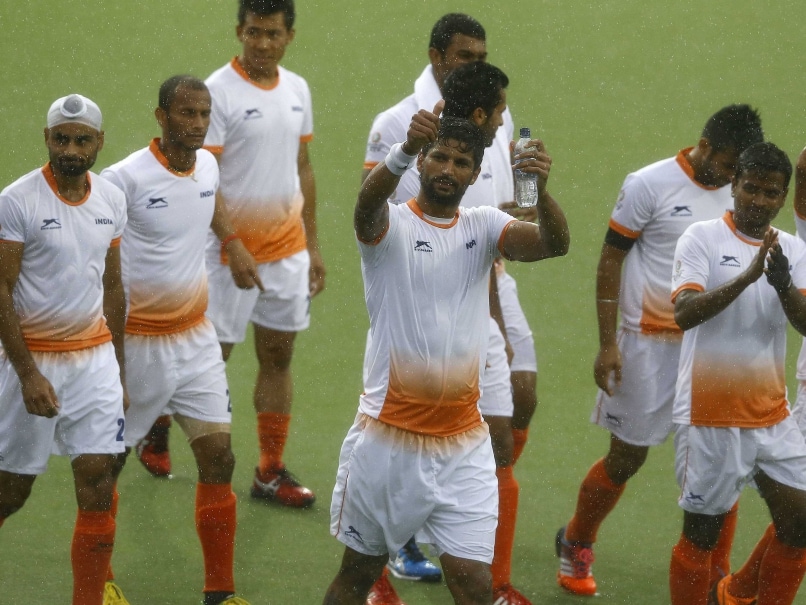 A file pic of the Indian hockey team.© AP
Incheon:

Field hockey enters a new era on Saturday when the Asian Games becomes the first tournament to be played under a new made-for-TV format of four quarters and time-outs.

The new rules will see the traditional two halves of 35 minutes each replaced by four 15-minute quarters, with additional 40-second time-outs before penalty corners and after goals have been scored.

The rules, approved in March mainly to benefit television, reduce a match from 70 minutes to an hour, but eliminate time wastage for penalty corners or goal celebrations by teams.

India's Australian coach Terry Walsh said teams could lose momentum due to various breaks in play that include a two-minute stoppage after the first and third quarters and the usual 10-minute interval at half-time.

"Many teams will feel the effects," said Walsh. "Momentum and the flow can be lost by these breaks. But at least the full 60 minutes will be utilized during a match."

Indian players have experimented with the new format in the domestic league, but Walsh said the advantage would lie with the team that comes out running after a break.

"Our form over the past few months give me confidence that we have a great chance to win the gold medal," the former Australian international said.

India, once the masters of the game with eight Olympic titles, have endured a hard time at the Asian Games, winning the gold medal just twice in 1966 and 1998, both times in Bangkok.

Walsh's optimism stems from India's victory over the Koreans in the play-off for the 9-10 positions at the World Cup in June, and a second-place finish behind world champions Australia at the Commonwealth Games.

India, hailed as the best side in the Asiad competition four years ago in Guangzhou, had to be content with a bronze medal after being stunned by Malaysia in the semi-finals.

Defending champions Pakistan are looking to put aside a morale-shattering year in which they failed to qualify for the World Cup for the first time.

With the winner at the Asian Games getting a direct entry into the 2016 Olympics in Rio de Janeiro, team manager Shahnaz Sheikh fears this could be a make-or-break time for Pakistan hockey.

"It hurt badly when we could not qualify for the World Cup and we do not want the same thing to happen to us at the Olympics," Sheikh, a renowned striker in his time, told AFP.

"It is important to win the tournament here and avoid a tough qualification route to the Olympics.

"Our main rivals will again be India, South Korea and Malaysia. The competition will be tough but we have prepared the best we could and I am hopeful of our chances."

Malaysia, who finished last at the World Cup, have still to recover from the embarrassing 4-2 defeat at the hands of lowly Trinidad and Tobago at the Commonwealth Games.

Malaysia are drawn in the same group as South Korea along with Japan, Bangladesh and Singapore. India play Pakistan, China, Sri Lanka and Oman in the other group.

Two teams from each group will advance to the semi-finals. Meanwhile, China's bid for a fourth successive women's title will be tested by the hosts, who won the gold four straight times between 1986 and 1998.

Comments
Topics mentioned in this article
Asian Games 2014 Hockey
Get the latest updates on IPL Auction 2023 and check out  IPL 2023 and Live Cricket Score. Like us on Facebook or follow us on Twitter for more sports updates. You can also download the NDTV Cricket app for Android or iOS.